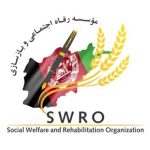 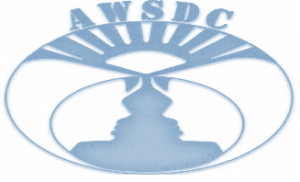 A total of 60 community members were invited form the advocacy network, which would comprise religious actors, tribal elders, and youngsters, three from each target areas of the Sorubi district’s. The event commenced with Qari Nisar Ahmad, a Community Mobilizer for the SWRO/AWSDC in the Sorubi distract, reciting a number of verses from the holy Quran.

Next, Asadullah Rashid invited Nahazatyar, the SWRO organization’s trainer/facilitator for the Sorubi office, to greet the participants and ask them to come up with suggestions on minorities’ rights in their villages. Nazhzatyar had the attendees to identify and discuss significant issues that divide minorities in communities Furthermore, Nahazatyar encouraged the audience to highlight certain communities that have not been completely engaged in community socio-development, causing conflict or grievances. Religious scholars debated minorities’ rights from Sharia perspectives, as Mawlawi Sefatullah Buzarg said,”Sharia prevents depriving individuals of civil rights in human societies.”

Though such behaviors have no basis in Sharia, but continue to take place in our communities; unless community members discuss these harmful practices, we would not see improved communities.

Women are also deprived their fundamental rights, which are enshrined in both Sharia principles and Afghan constitutional law.

Most women are now not permitted to attend school, therefore we must resist such practices and engage communities to promote women’s education.”

The attendees constructed and developed its ideas and thoughts in the shape of team work to work on inclusive community development and prosperity in a methodical manner.

All of us should appreciate ideological differences and respect to each other’s opinions, especially if they are antagonistic.

Participants quotes on the civil rights of minorities and promoting social cohesion.

Mawlawi Noor Mohammad a religious actor, went on to say: “Youth plays a critical part in a country’s development progress and devastation.

Furthermore, they could take an active part in Afghanistan’s peace process.

Youth can create a lot of beneficial improvements if they are given significant opportunities to use their participation in peacebuilding appropriately.” Malik Yar Muhammad a tribal elder expressed gratitude to the implementing organization SWRO for organizing such a useful program at the district level and involving the most important individuals in the discussion.

“I think that this session would bring beneficial improvements to the Sorubi district,” he stated.”Local Leaders may play an important role in ensuring the minorities civil rights since they will-versed of the minorities’ civil rights In the target communities,”

“Negotiation is the greatest approach to address issues between individuals in the district,” stated Nabi Jan a community district council   member.

All of us in this program should commit to delivering the topics we discussed concerning the civil rights of the minorities to our family, friends, and nearby residents who listen to us.”

According to Mawlawi Khalilurahman a Community Elder, “Ulama (Religious Leader) may play a vital role in promoting social peace to the community by informing everyone that there is goodness and blessing in peace and pain and agony in conflict.

It will help people realize the benefits of peace and the harmful consequences of war.”

Malem Ali Khan. “Peace is a vital requirement for the existence of all of us,” he remarked, thanking the participants. We must strive hard to achieve peace. No one else can offer us peace unless we make genuine attempts. Each of us should be aware of our responsibility in promoting peace and social cohesion and togetherness.”

The majority of the participants’ agreed on establishing a committee of the religious scholars, tribal elders and government officials comprising a spectrum of views, to examine possibilities for incorporating equal rights for women. This committee should also consider means for the implementation of these rights, and make recommendations to that end;

Attendees’ pledges to pass on what they’ve learned

70% of the event attendees pledged sharing the information the topics they discussed with each other’s in their communities through religious actors’ pulpits as well as through wedding ceremonies, Sporting events, funerals, and other public gathering locations.

During the specified workshop periods, a capacity of 40 people was built in the mentioned subjects. The audience was given the opportunity to ask lecturer relevant conflict and peace questions. Attendees were very active as they exchanged ideas about the topics, and they did not stray from the agenda topics.