AWSDC in joint partnership of SWRO has managed to complete the project within the project timeline. The project team in joint collaboration of the communities achieved the project objective which was promoting social cohesion to bring communities as united which they were isolated due to varies conflicts. The project team has established five groups with a clear responsibility to promote social cohesion among twenty target communities of Surobi to manage and prevent community driven conflicts. Through coordinated efforts communities were aware about the role and responsibility of the group. Furthermore, the groups are functional after they were provided with the key skills and the peace and conflict management tools which to a great extent assist them to systematically identify cases and to address them using the modern approach to conflict management as opposed to traditional approach which the community found it more win-win approach. The new skills and approaches has improved their knowledge on the subject matter to prevent and manage conflicts and to promote social cohesion.

Through dialogue sessions different ethnic groups and tribe discussed their community conflicts during face-to-face dialogue sessions. They agreed on common approach to address the conflicts through dialogues, meetings, consultation and change the level of violent conflicts into a peaceful process so that any violent conflict is prevented. One of the key conflicting issues among communities were distribution of irrigation water, thus the agreed to distribute the water based on the allocation. Other issue was access to pasture, where community elders agreed on that all communities have equal rights to get access to the pasture, thus violator will be introduced to the community elders and then they need to resolve the issue through dialogue. Women and girl’s rights was also one of the sensitive issue in the community and they agreed on that create enabling environment for girls to attend schools, participate in community based education centers and dowry to be decreased to the minimal amount were among the top issues. The participants of the dialogues agreed to continue their peaceful dialogues until all issues are identified and that they are addressed in a peaceful manner through dialogue, meetings. Except for criminal cases all the cases were agreed to be referred to the Peacebuilding Shuars to review and manage them among conflicting parties. They (the participants of the dialogues) ensured that these groups could coordinate their efforts for wider impact of the project. The Peacebuilding Shure/group who are mainly leading the dialogue sessions and are managing and mitigating conflicts at their community level, organized their monthly meeting where they discuss progress, challenges and next month action plans.

During the project period door to door campaign on peace, prevention of conflicts, promoting social cohesion was conducted where these messages were passed to the entire targeted communities. In addition to increasing community awareness and calling communities to support the Peacebuilding Shuars in promoting Social cohesion through campaign, the audience were also provided with brochures. These messages changed their perception as the community conflict groups reported positive changes in the behavior of communities as the level of co-existing, cooperation among communities and solidarity has been improved (source- SWRO project team direct discussion with communities)

To further bring conflicting parties closer and to ensure that all marginalized groups could re-united with communities, and that communities pressing needs and priorities are discussed with varies clusters and platforms, the project established an ‘advocacy network’ with the mandate to work with communities to identify their grievances and bring marginalized group to stay in touch and to contribute to their community’s development. The network members were providing with the right capacity and then they have developed their strategy and action plan. They have organized their regular meeting, approach and organized meetings with varies groups for social cohesion and to work and contribute to the development of their society.

Overall, the project largely contributed to the project intended goal and objective where solidarity among communities has been enhanced, as the project brought varies conflicting parties together where the Peacebuilding Shure/Group has largely mobilized and sensitized communities in preventing destructive violent conflicts through identification of key conflicts, properly planning to address them, mechanism for referring conflicting cases, preaches about the pros of living in peace and solidarity. The efforts have encouraged the communities to be a forward thinker and collaborative so that peace, solidarity is maintained in the community and building resilience and solidarities among all groups who are living in the targeted communities. Furthermore, the Peacebuilding Shure/Group were found to be acting more professionally as they are now proactively preventing any destructive conflicts.

Five groups of community group- Peacebuilding Shuars were selected to prevent community conflict and to promote social cohesion among communities. They are made of religious actors, Community Elders, Women and youth who had a previous record of engagement in resolving conflicts or interested and eager to address conflicts and to promote social cohesion. According to the community members, the structure members are a good mechanism where their cases are referred in case a conflict emerged (both protracted and emerging conflicts).

As result of the established groups they have improved the intra -group and intra- community relationship, prevented destructive and violent conflicts. Communities can safely refer their conflict cases. The members of the Shure are now change agent where they have mobilized additional 275 community members including youth and women in promoting social cohesion, tolerance and co-existing among communities and to get in touch with minority and marginalized group for community solidarity. The improved capacity has assisted the peace structure not only to prevent the escalation of the conflict, but at the same time they are managing and resolving conflict on the basis of win-win situation. To inform communities of the existence of peace structures, 6 awareness sessions were held in the communities of 20 communities in Surbi district.

The five Peacebuilding Shure members were provided with the capacity on peace, conflict, conflict analysis, social cohesion, and communication and facilitations skills. Furthermore, the conflict analysis and action plan development workshop enabled the structure to identify the rout cases of the conflict, identify the connector and dividers, develop action plan for each of the community conflicts so that they are systematically addressed in a peaceful manner. The structure has been provided with the terms of reference that highlights the structure role and responsibilities. Communities are made aware of the structure of on the role of the structure. Organizing and facilitation of dialogue sessions assisted the structure to address communal conflicts which has wider negative impact on the fabrics of the communities.

Once the community’s key drivers of conflicts were identified they were addressed through mediation, facilitation of dialogue sessions. Community dialogues were held in among communities focusing on issues of higher importance that needed gathering of many members of the peace structures The Peacebuilding Structures improved intra-group relationship between people with different political and Jihadi background where they are now attend communal ceremonies and they are supporting the peacebuilding structure in mitigation of the conflicts. Over the project period the five structures have managed to resolve over 30 cases linked to water, land, heritage, forced marriage etc. Communities have strong desire and trust on the structure to take up their conflict cases.  The groups are provided with the exposure visit to improve their experience. To increase cooperation and coordination among peace clusters and between peace clusters, coordination and collaboration meetings were held. They shared the progress, challenges and cooperation in promoting social cohesion and prevention of conflicts. Furthermore, they are meeting on ad-hoc basis to discuss large conflict cases that impacts the entire communities.

One advocacy group was established at district level (currently representing the 20 communities) to raise community needs and priorities in response to grievance of the marginalized group. They were initially provided with the advocacy training and tools and then they have managed to meet with CSOs to raise communities pressing humanitarian and development deficit. The groups have been provided with the Term of Reference an action plan and they are constantly analyzing the constraint that has isolated the communities and they are working to address them. Organizing sport event has brought all communities together to speak to each other, share their story and to feel the tolerance and co-existing.

The project key activities included, preparation phase, community assessment and mobilization, selection of peacebuilding structure, providing training to the structure, awareness of communities on the role of Structure, conflict analyses and action plan development workshop, community dialogues, community relationships through events, door to door campaign, establish and improving the capacity of the advocacy network, coordination and cooperation meetings among the structure members and exposure visit 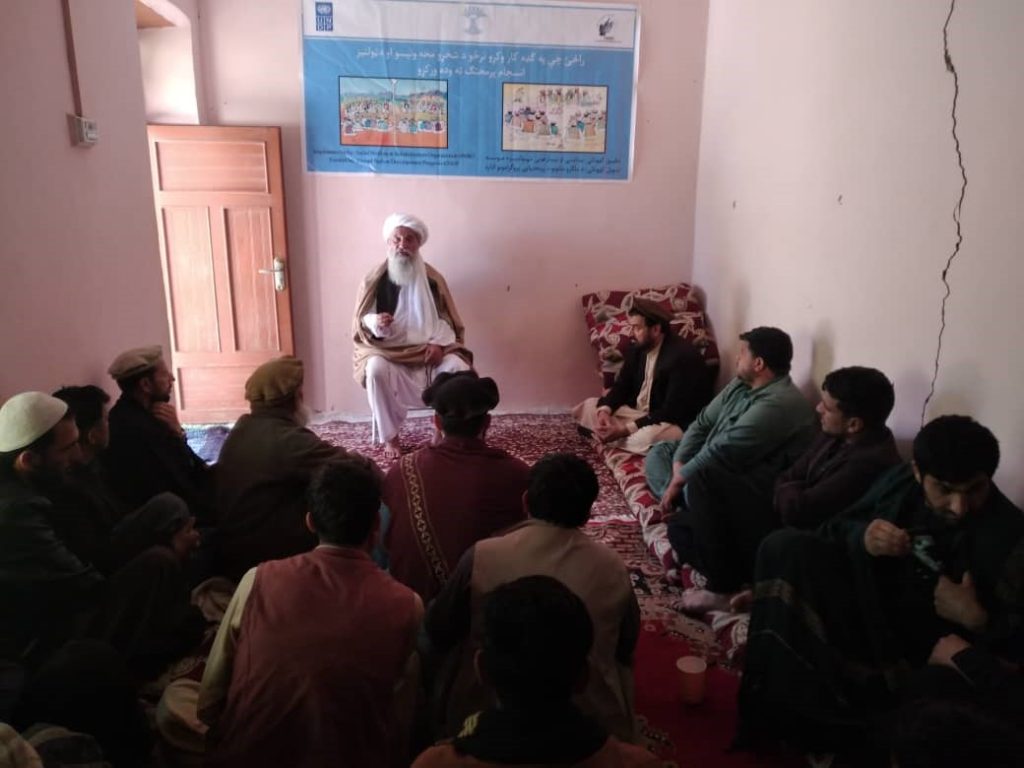 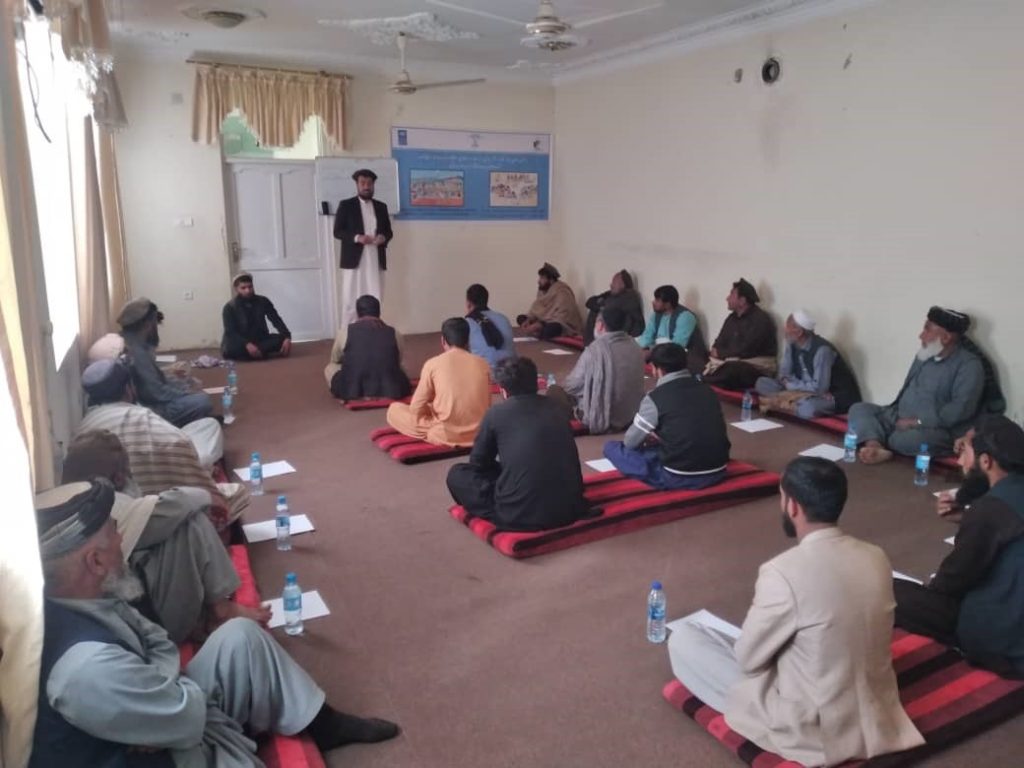